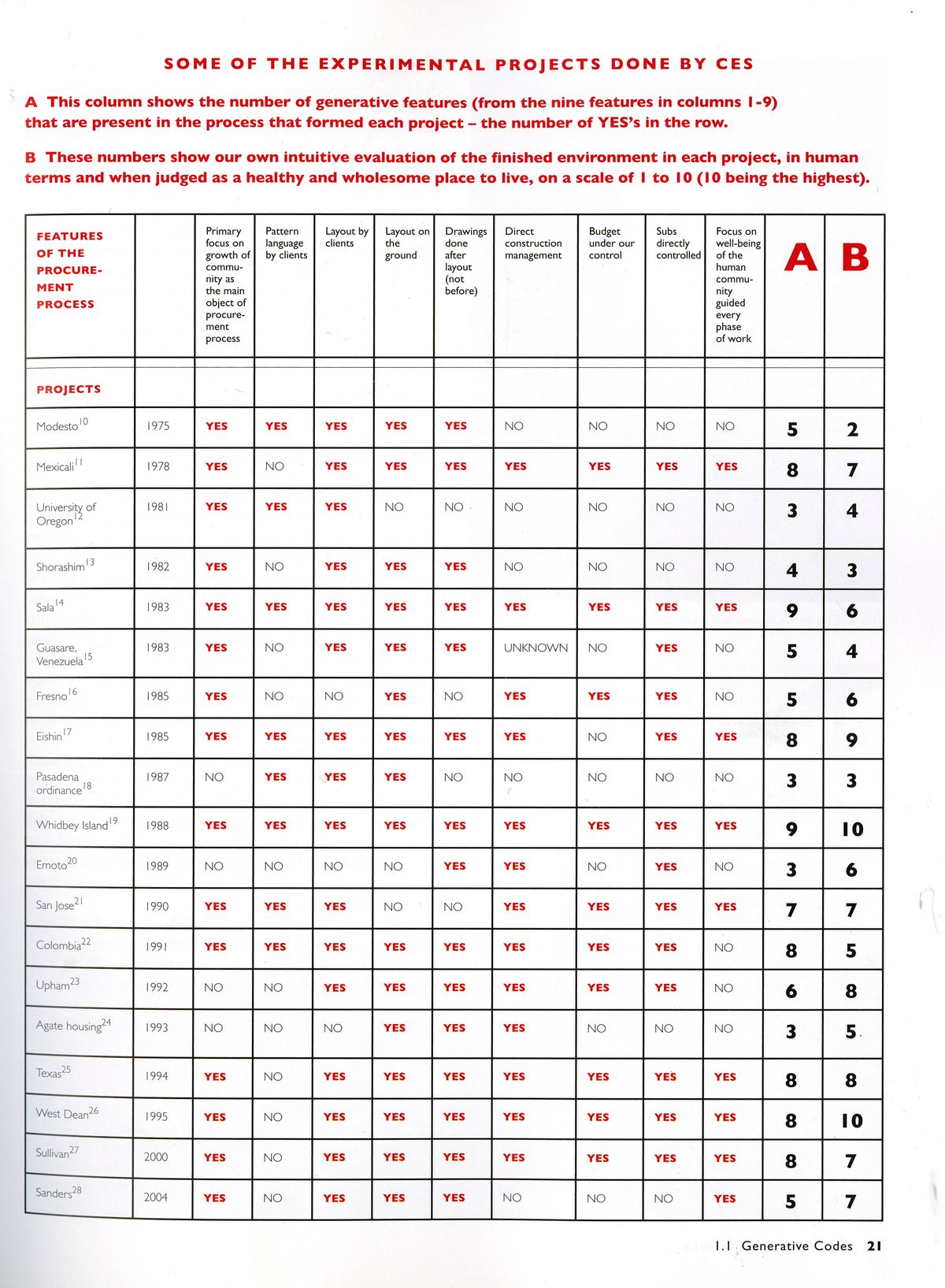 A soft voice on the phone, telling me that he knows it's a terrible imposition but he's a student at the U of O (where Chris did a major project) and could he please come and see the architect's "masterpiece"?

Well, it's the only house he did in the Pacific Northwest but I wouldn't say it's his masterpiece.

When Tomo Furukawazono came to the house—and took many of the photos you see here—he explained that Chris had made a list of some of his works and had ranked them, putting the visitors' center in Sussex at the top of those rankings, and this house just below it.

We'd never heard of such a list, but I started making inquiries and sure enough, it exists. I got the word from a network of people who have worked with Chris, one of whom—Michael Mehaffy—actually worked on The List, with him.

Found the book, New Urbanism and Beyond from Rizzoli, and you're looking at a scan of page 21, aka The List.

We just stared at it for a while, looking at a manifestation of Chris's mathematics-mindset charted with his emotional, intuitive search for the Quality Without A Name.

The List reminds me of the old crack about engineers trying to measure mud puddles with micrometers, but there it is. He scored the Whidbey House at 9 out of a possible 9 for the number of "generative patterns" he considers essential, and at 10 out of 10 in the B category of being "healthy and wholesome" for its users.

We still shake our heads in wonder over this discovery. After 33 years of living here, we can attest that it's a wondrous place to be but... we had no idea Chris saw it this way.

Want to know a little secret? I think this is about a poem. I sent it to him decades ago and he put the part about himself on his website, without of course ever saying a word to me about that. When I found it there I just thought, Well, I guess he liked it.

Here's the Chris part of the long poem "Clergy"...