There are people who inspire me. Maybe they'll inspire you too. 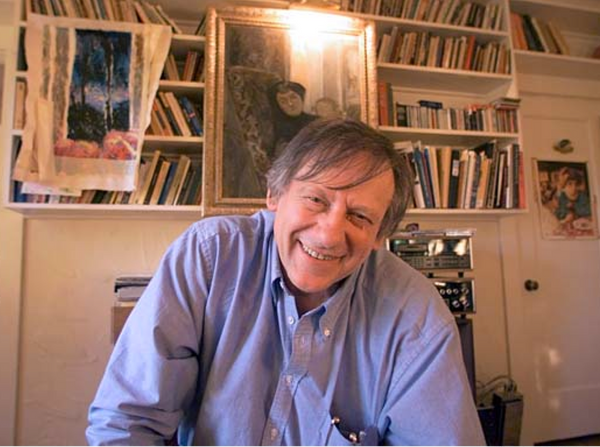 For a life-changing five years, I worked with architect Christopher Alexander to build a house on Whidbey Island, in the Pacific Northwest. Go to PatternLanguage.com, look for "the Medlock house" and you can find yourself at our front door, in our living room, or in the garden. Then just roam his site. Google him. Read his astonishing books. He's one of the most important thinkers of our times and you must know all you can about his works and his thoughts. Everything I've done since the years we worked together on this house has been changed by watching Chris, listening to him, arguing with him. And the house that resulted has sheltered my soul, sent my imagination soaring, nourished everything I do. An influence? Oh yes. I'm writing a whole memoir about those years, and all the years since, living in this house. 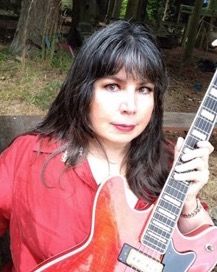 Rainey composes, writes, and performs country, rock, and jazz. She wrote, directed and starred in a musical about the Hunchback of Notre Dame. She paints. She writes poetry and stories. Formidable talent, this woman. As a singer/songwriter, she's done everything from busking on street corners in New Orleans to opening for Johnny Halliday on tour in Europe. You can find her music at raineyonline.com. 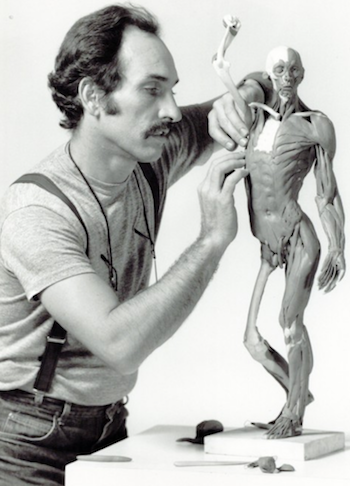 Jon Zahourek gave up painting some years ago to focus on his pioneering way of teaching anatomy (human, equine, and canine). I know his revolutionary teaching is important, but I hope he still paints privately. His paintings were and I hope still are, extraordinary. As an expert on anatomy as well as painting, Jon was teaching at four of New York's major art schools when I met him. And he was doing his own paintings in a converted firehouse across the Hudson, in Jersey. I went to a showing of his work at a museum on Staten Island, moving through room after room of the most extraordinary canvases, and found myself in tears, at the beauty of the work, and at the emptiness of those rooms. I was the only person there. Decades later, the human form is back in favor in the art world. I'd love to see the turnout if there were a showing of his works now. 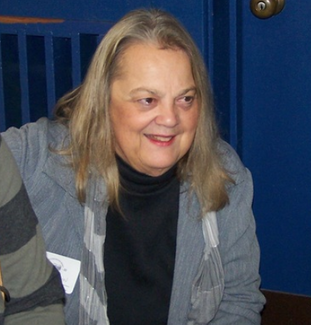 I met Goody when we were both in a study that Marilyn Ferguson (The Aquarian Conspiracy) was doing to figure out what the commonalities might be among people who had created odd ventures. My odd venture was the Giraffe Heroes Project; Goody's was/is "Rimsky's," the Rimsky-Korsakoffee House, and the Sylvia Beach Hotel, a haven for book lovers.

The group included a founder of United Artists, the creator of a chain of vegetarian restaurants, a guy who'd organized people to plant millions of trees...it was quite a assortment.

After putting us all through an array of tests—psychological, brain-use patterns, even handwriting—Ferguson assembled us all at her Pasadena home and presented each of us to the others.

Goody introduced herself as the most confident woman she knew because she had no interest in perfection. If the daft beauty of her creations hadn't gotten me, that statement certainly would have.

Ferguson's book never happened. Even the article about the experiment that Psychology Today printed was never distributed. It got caught in some uproar at the magazine and never left the warehouse. (I can tell you that one commonality she found in all of us was that we were wildly right-brained.)

Two of those right-brained people have remained part of each other's lives. Goody's off-the-wall approach to everything she does got me to embrace more daft options. And not get stuck in wanting it all to be perfect. That's a good form of influence. 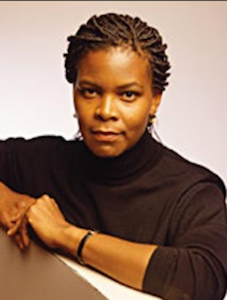 Gordon-Reed, an attorney and a professor of law, wrote the excellent book, Thomas Jefferson and Sally Hemings, An American Controversy, presenting the "case"—witnesses, evidence, documents—on a story that I had researched in 1963 for a history seminar. Gordon-Reed did a magnificent job of telling this once "unthinkable" story. It's a joy to see it finally known and understood, thanks to her fine work. My 1963 paper was called Jefferson & Black Sal, The Record of a Rumor. 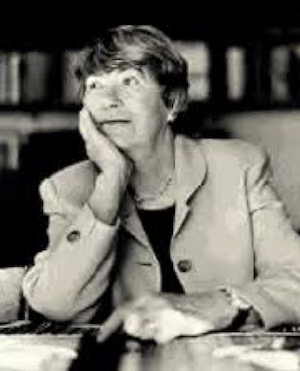 She's gone now but Mueller's work has so inspired me, I dedicated Arias Riffs & Whispers to her. She's also won a Pulitzer, so you don't have to take my word for it. Her fascinating life story and some beautiful poems of hers are here: http://www.poetryfoundation.org/poems-and-poets/poets/detail/lisel-mueller 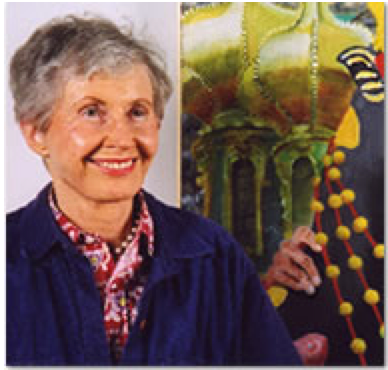 Years ago a fellow poet sent me a poem she'd just found in the New Yorker, saying, "This sounds like you." I read it and thought the writer was me. I didn't recognize her name, and it was followed by "1933-2003." I was born in 1933. This contemporary who so spoke to me was dead.

I became email friends with her widower, Dorie Friend, the guy who was reassured by steam in her stunning poem. He even came to Whidbey to visit, telling us wonderful stories about his late wife and giving me a copy of her memorial service, filled with prints of her paintings. He said his son found the poem on her computer—she'd never tried to publish it.

Years later, Dorie found a notebook she had done of poems and illustrations when she was a student—he sent me a copy. And his whole family was looking for a poem she had written when she was an undergrad—it won second place in a competition judged by W.H. Auden. The winner was by Sylvia Plath. Elizabeth went on to grad work at Yale and after a writing class there, stopped writing. Her stopping has made me keep going. Always thinking of her.

Even her painting had been back-burnered while she spent her days as the Angel in the House. It hurt to read those lines. I think of her when I write a poem or a story. To hell with the tablecloths in the ironing basket.

Here's a fascinating portrait of her by her eldest son, Tad Friend. https://www.newyorker.com/magazine/2006/12/18/the-playhouse 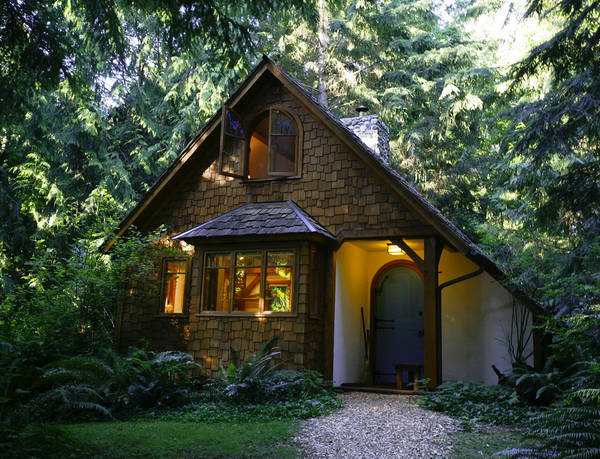 This is a place that gives me goose bumps and makes me want to sit down and write my heart out—the Hedgebrook retreat for women writers. I was on the Board of Directors there for years and I never fail to be thrilled by the respect and love for women's voices that emanates from every square inch of that land and those buildings. A detail that says it all: in the writers' cottages, all the window glass is beveled, to play with the incoming light, making rainbows across the desk where you're writing. Makes me cry every time I see it. I've done some of the best work in my life in those cottages, held up by the radical hospitality of the staff, and by those I'll-be-damned rainbows.