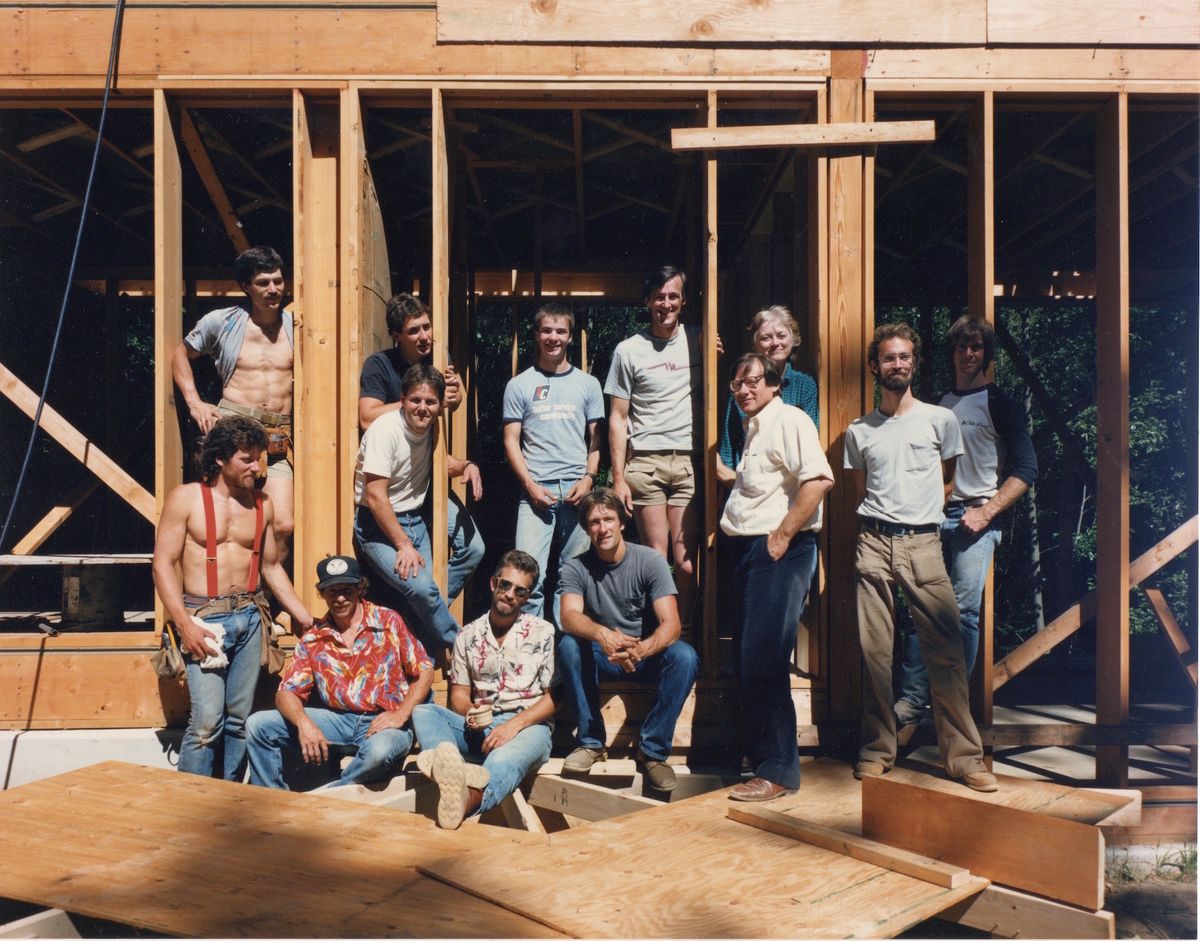 This is Team One, the first crew of CES/Dow, the company that Chris formed with contractor Jim Dow to do this one project.

It's a hot summer day in 1986. Team leader Kurt Brown, Chris's brother-in-law, is seated in the center, wearing a light patterned shirt. Jim Dow is behind him to the left, wearing a white T. Chris is, of course, the guy in black pants and a white shirt. I'm just behind him, and John Graham is to the left of me.

Other people followed over the years it took to finish, as the house grew and mutated. I wish all of them had signed their names in the foundation but alas, many names are lost. If you can put names to the faces you see here, and throughout this narrative, please email ann dot medlock at gmail dot com. I'd love to name them all.

For now I'll just say it was amazing how many architects, engineers, and urban planners put on carpenters' belts and became hands-on builders so they could watch Chris operate.

Jim Dow went on to build amazing projects all over the country, now employing hundreds of people in his company. He says, as I do, that seeing Chris in action influenced every thing he's done in the ensuing decades.

There are stories of how the CES/Dow was formed, and how it operated. Coming soon to this space.