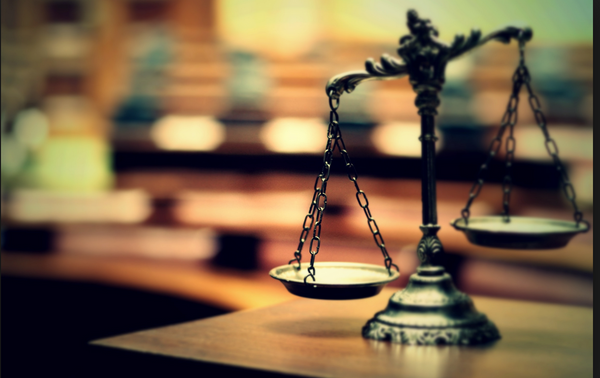 A lot’s been written and said about our national litigiousness, a sue-their-socks-off attitude that says: If your life takes a bad turn, it’s somebody’s fault and you should present that somebody with a whopping bill for your pain and suffering. People nonchalantly assume that it’s only the insurance companies who get hit, but the companies pass the costs on to all their clients. You end up paying for those big settlements.

We also suffer a lot of the effects—your daycare center folds because they can’t afford increased liability insurance. The cost of seeing your doctor goes up because malpractice coverage has gone through the roof.

There have always been lawsuits, of course, and some of them make a lot of sense—they can be a fairly effective way to push institutions into doing their best—lifeboat space for every passenger on the ship, extra checks on cleanliness at the cannery, that sort of thing. And there are private losses that can rightly turn into lawsuits.

Say, an airplane engine falls through the garage roof, crushing your new Jeep. OK. If the manufacturer didn’t bolt the engine onto the airplane right and the airline’s maintenance people didn’t tighten the bolts, it’s certainly fair to sue for the costs of a garage and a Jeep, if they’re dumb enough not to offer without being sued.

But our cultural attitude says, Go for pain and suffering. You can get a bundle if you tell them this scared you so badly you may never again be able to overcome your fright, get into a vehicle and drive to a place of meaningful employment. Hire a hard-nosed lawyer quick.

You’re over the line now, but friends and relatives aren’t appalled, they cheer you on. Hey, you’ll never have to work again. You can trade up from the squashed Jeep to a Range Rover. And it’s not hurting anybody. The money just comes from insurance companies.

Attractive, isn’t it? I once was tempted to go for it myself.

When my younger son was 6, he was seriously injured when we were far from home. The local surgeon who patched him up made some gross errors that cost us dearly. There was a year of real pain and suffering for my son and intense worry for me, then expensive surgery to correct the errors.

I could have used some help paying the bills. But the attorneys who looked into our situation said it had to be an extra $300,000 for pain and suffering or they wouldn’t play.

So I thought about it. After the lawyers took their third and I paid the medical bills, there would still be money for my son’s education. He could go to college and I could stop trying to figure out how I was going to pay for it. Plus he'd had a terrible year and I wanted to do something wonderful for him.

But the country doctor had come to the hospital fast, in the middle of the night, to save a dying child. Yes, he had messed up. Maybe he was tired. Maybe he wasn't the best doctor in the world. But he did save my son’s life.

If I sued, he might not race to the hospital and save the next person who needed him. If I sued, my son would be learning that life came with a money-back guarantee. That he should be paid for any hardship he had to endure. That someone other than himself was responsible for making it all better.

I couldn’t do that. I paid off all the bills slowly. I still don’t know how to pay for a good college. So he'll get a less impressive degree—one that was not financed by suing an imperfect man who once saved his life.

The danger of pain and suffering lawsuits is far greater than the dollars drained from all our pockets to feed some people’s greed. The greater danger is in what it does to our spirits, to our society, to buy into the illusion that life can be, must be, without risks. Being alive is inherently dangerous. Here in the land of the free and the home of the brave, shouldn’t we be tall enough to accept that simple reality?

***An update on this long-ago radio piece—Years later I tripped on a jutting piece of concrete at our town's post office. Months of surgery and therapy followed to repair a shattered wrist.

Just to add to the complications, leaving a post-surgery appointment at Swedish Hospital, I didn't see that the sidewalk in front of that building had been buckled by a tree root. It is amazing how fast a sidewalk can move. That one got me full in the face. You never saw a concerned crowd gather faster—people ran out of the hospital door and EMTs where there in seconds. My glasses were smashed but no bones and amazingly, no concussion.

On a plane to New York the next morning I saw that both eyes were blackening. The wrist cast and still swollen hand was bad enough and now I was heading into meetings with black eyes.

With heavy makeup and a borrowed cane (because my confidence as an ambulatory being was shaken) it all went fine.

In the follow-up... Sue the Postal Service and the hospital for the sneaky concrete formations that took me down?

Well, I talked to the postmaster about what happened and the dear man went out with a can of white paint and a brush and made that sucker totally visible.

A note to the boss at Swedish included the bill for my new glasses, and a request that he order the sidewalk repaired in front of the building where people in casts and on crutches were moving in and out. Done and done.

These seem good outcomes to me, fair ones that helped prevent other people from being injured. The "pain and suffering" parts were real but I couldn't see charging for them.

Sometimes you get hurt. That's life. By all means, recover your costs if you can, make sure nobody else gets hurt, and stop there. Enough with the massive bills for pain and suffering, says this non-litiginous American.