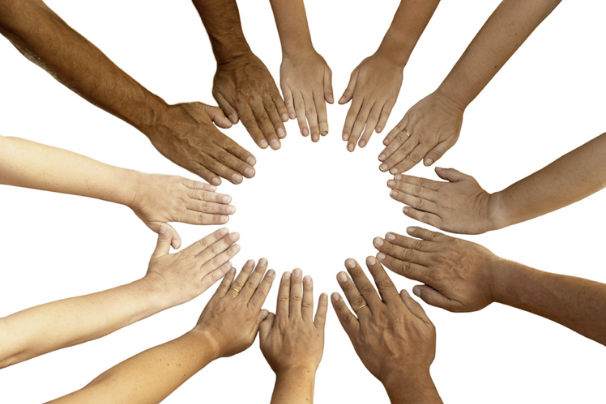 I know you’re seeing images from all over the world, images of people of every culture and color and gender, standing up, taking charge, in the global work of saving lives in this pandemic. They are front and center, deluged with praise and gratitude from those of us who don’t have their skills and knowledge to pit against this nightmare.

It’s a lesson. One that may or may not be learned by those of us who have long been at the center of our worlds. Now, most of us are on the fringes of this, looking on, watching, stymied, cheering on those at center stage.

“Centering” used to mean, for me, a Buddhist thing you did to calm down, to get rid of distractions and rattled emotions. (It’s a math term too, but I never went there.) Now it’s a concept that’s rattling cages and changing minds. Some minds. And I’m hoping more by the day, as the pandemic races around the globe.

Centering now means that I’m not who I’ve thought I was for almost nine decades… just this normal kind of person. Normal? Yeah, as in standard-issue, nothing-special normal.

Which has meant seeing people unlike me as variations on the basic pattern of Standard American.

And there IT is, right?

I certainly experienced being not-the-norm in the years I was an oddity living in Asia and Africa. I’ve been too tall, too big, the wrong color, so ignorant I couldn’t read or speak the language, a dunce about prevailing customs and procedures. But in my own country, I was just normal.

OK, not the norm that was white male. I did notice my female self was left out of the “he” and “him” and “his” that were supposed to include us women but didn’t. We were relegated to back-up jobs for decades, assisting, advising, (running) guys who were supposed to be in charge.

That began to change as capable women stepped forward and took charge themselves. Mostly white women. I’ve been in charge of my own work for almost 40 years.

One of the few backup jobs I still do—because I’m good at it and I love this language we’re using to communicate—is editing. And I’ve been challenging writers who give me copy about what “we” have to do or think or be. We?

It doesn’t work anymore. If it ever did. Either we—all of us—acknowledge that we see things from within the sliver of humanity where we actually are, or we enlarge the We to be Everyone.

I’m an old, white, cis-gendered, straight, housed, abled, American woman, one human among millions of Americans not at all like me, people whose views and experiences are just as normal as mine.

Fear of no longer being Standard Americans seems to be freaking out vast numbers of people who have assumed that status. If people of color, people who are queer or trans or fluid-gender, and people who live on the streets, aren’t below them in a pecking order, how are they to know they’re safely on top, the standard by which all are compared, sure of their right to set the rules and expect compliance?

That fear fuels what’s being rightly described as White Fragility. …The young white guys chanting “You will not replace us!” The whites who take that theme into the voting booth. The ones who cheer for sending people of color “back where they came from.” Scared. Fragile. Snowflakes.

Actually, “they” will replace people too fragile to accept change. People like white boys with only their whiteness going for them. People who are not at all like them are stepping forward, speaking out, demanding change. And they’re making a lot of sense.

They don’t scare me. I don’t need to be sure there are people below me to feel secure myself. I’m intrigued by a world where people team up and pool whatever abilities they have to reach shared goals. I would like to be on that team, adding to it, working with it.

Looking at what I may have to offer now, without being the “norm,” I figure I’ll keep advocating for courage and compassion, writing about this fascinating world as it unfolds before us, and counseling friends and family, when asked. (I can also make a mean chowder and warm knitted garments so color me “useful”.)

So much to learn, so many voices to hear. Before this pandemic I wished I had a lot more decades to see how it all turns out. I caught myself wanting to say, “Hurry up with the shift, people.” But I stopped. Because that sounds like someone living with the mistaken idea that the world should rotate around what she wants, doesn’t it.

You’re never too old to learn, to change, so this ancient, white, cis-gendered, straight, housed, abled, American woman says instead: Here’s to new centers, and to a brave new world, that has such people in it. For those who survive this nightmare pandemic, it’s going to be fascinating.