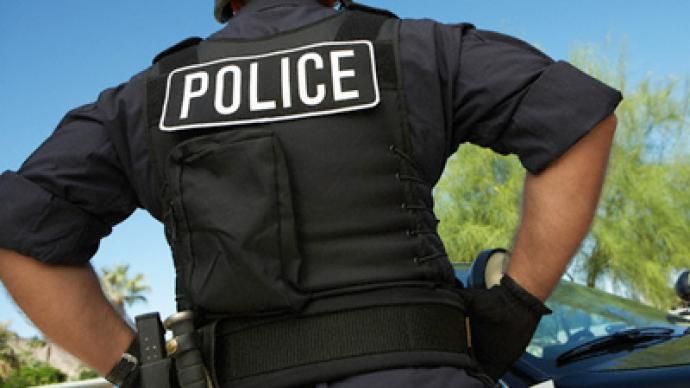 A teen and a child shot by police, riots, marches, a grand jury, a storm of emotional opinions about it all—are you trying to figure out the whys of this mess?

My own mental filters definitely affect my efforts to understand, so let me make it clear that I grew up on military bases; my dad was a lifer and a combat veteran, totally committed to honor and duty. I get it. I've studied courage professionally for over three decades; I know a bit about that too. So hang in here with me for a few minutes; let's look quietly and unemotionally at some questions we should be asking about possible root causes. It's a discussion we need to have, and it can't be done in tweets.

What's going on when some police officers escalate violence instead of calming it? Why would a professionally trained cop panic and kill when he could disable the person he sees as threatening? How are law-enforcement officers recruited? Who's joining police forces and what are the recruits' ideas about what being a police officer means? What are the standards, goals, and protocols of their training?

One piece of an answer just clicked into place for me.

Back when Columbine horrified the world, I was astonished by something in the accounts— the first police who arrived waited for backup, despite hearing gunshots coming from inside the school. Children were being shot, while armed, trained, adult police officers were standing outside, listening, waiting.

If you'd been there, wouldn't you have yelled, "Give me a damned weapon and I'll go in there"? I certainly would have; children were being killed.

Even more astonishing, it turned out that waiting for backup was the national, "professional" protocol, the training all police departments received: their first consideration in this kind of crisis had to be their own safety, not that of the community they were sworn to protect.

That was deeply shocking, and has since been changed, thank God. The protocol now is to go immediately to the sound of the gunfire. Whoever came up with the wait-for-backup idea wasn't good enough to be in the vocation of protecting and serving.

And neither was the field-level U.S. Army officer who told the press that Job One of the Army was "force protection." My jaw was on my chest. If that's Job One, our forces should never leave their nice safe bases. The Navy should never move a warship out of home port, going in harm's way. Fighter planes and bombers should never take to the air.

Hearing that dishonorable idea, I was outraged on behalf of all the warriors who have understood the honor and duty of their calling. But I didn't think of seizing a weapon—I wanted to be Commander in Chief, just long enough to fire that a--hole.

The mental click for me: a protect-yourself-first-and-foremost idea has subverted the mission of law-enforcement officers, just as it may have degraded the military's.

Now think of this important difference between the police and the military: soldiers, Marines, sailors, and airmen fight on foreign territory, surrounded by people who are not their fellow citizens, people who usually don't look like them, people who are the enemy. Kill or be killed makes sense for the military.

Militarization of the police has become getting grenade launchers and massive armored vehicles from the defense department; it's also about taking on "force protection" as Job One, about seeing the people around them as enemies, and about being in a military kill-or-be-killed mindset.

I can imagine being so trained, maybe also being a white combat veteran who's joined the police force, now surrounded by people who are pretty sure my color means I'm an enemy. They're people who don't look like me, people who are mad as hell and aren't going to take it anymore.

I'd be scared, wouldn't you? But what if you and I, as professional peace officers, had been trained in handling conflicts with minimum force? We would know we had less-than-lethal weapons at hand, that we had a car that could get us to safety if need be, and that we're grownups, not five-year-olds seeing a comic book monster coming at us. If we've been trained to lower tensions rather than ramp them up, if we've been trained to know we're there to keep the peace rather than to make war, then we control our fear and take rational actions that defuse the explosive crisis.

It's not like there are no exemplars to show other cops what doing it right looks like. There are police officers who handle danger well, who are stunningly brave in their approach. There are in fact hundreds, Ferguson, Missouri's Lt. Jerry Lohr is one of them.

Yes, he's white. Many people are saying that white police officers simply can't work in black communities, even if they're not thinking like combat soldiers. I agree that it would be a good thing to recruit and train more people who look like the communities they'll serve. But it's not the answer. Police can be trained to see people very like themselves as not like themselves at all. It's been happening forever. I wrote something decades ago that included these lines:

The trainer of mounted police tells his men

to see rabbits when they must control

an undesirable crowd. When the cop

rides over the hippie hunched small

over her fallen child's fragility he

does not see a mother and child

he would give his life for at

he is clearing a street

So what if police forces were recruited and trained to see the world and the job from Lt. Lohr's brave and compassionate point of view, rather than seeing people as rabbits? What if the operational protocols changed, as they did after Columbine?

Reasons to not enter such a re-imagined police training:

"If you think you're joining an army and you're eager to fight The Enemy, you've already flunked out.

"If you think Job One is protecting yourself, you're not brave enough for this job.

"If you can't experience the humanity of people who don't look like you, you're not civilized enough to be an officer of the peace."

The ones who still want to serve after hearing that then move into a training—or re-training—designed by Lt. Lohr and the other truly courageous peace officers like him.

Changing entrenched systems is daunting; the odds against reshaping the nation's police forces are high. But there are few things more important than making sure their profession is the brave, honorable service it should be. We have to do it, or watch our communities and our democracy disintegrate.