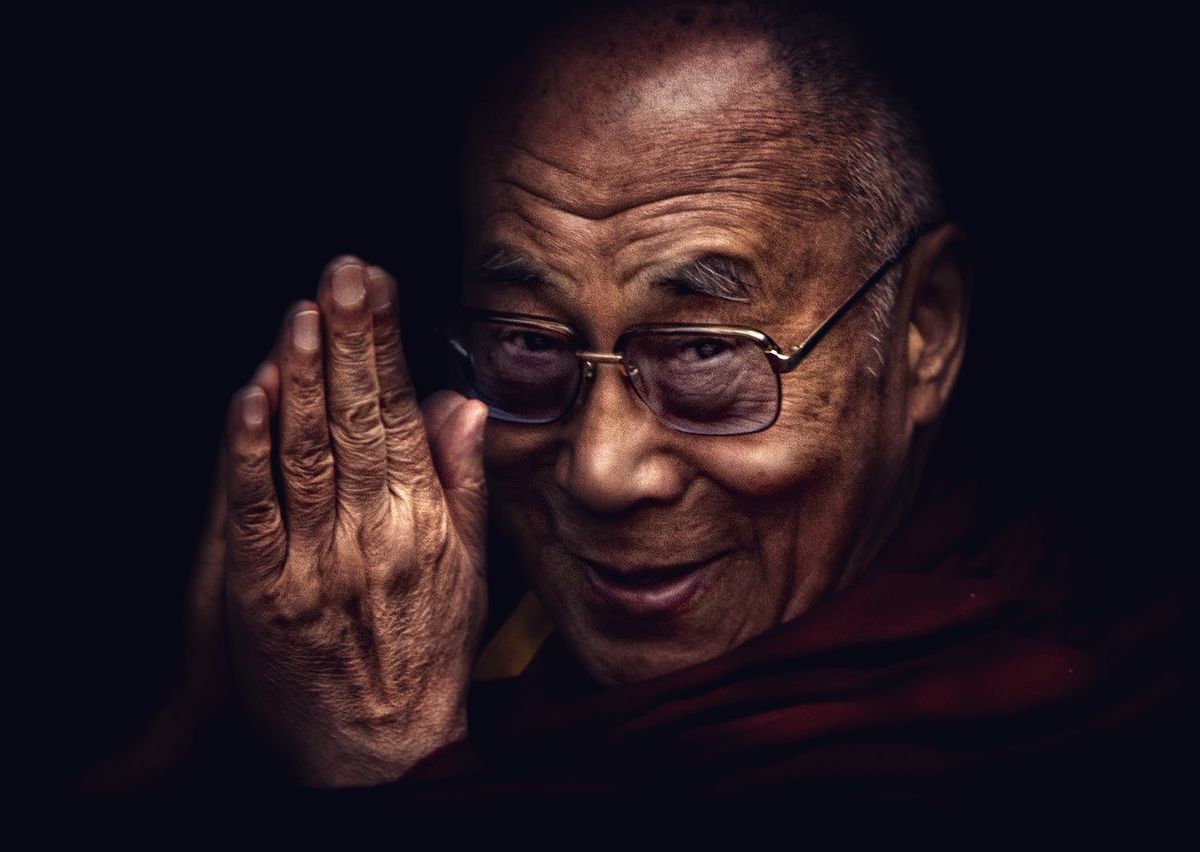 Gifts from the Dalai Lama

The Giraffe Heroes Project sent a team to the five-day Seeds of Compassion conference in Seattle. As a Giraffe staffer, I talked with hundreds of teachers and parents who had assembled there, telling them about Giraffe ways to foster compassion in the young.

After days of giving, I'm now struck by all the gifts I took away from those five days.

A quarter century ago I listened to the Dalai Lama talk with a small group of people in Manhattan. Now he was in a football stadium, surrounded by over 50,000 people, his face projected on gigantic screens that normally show huge Seattle Seahawks trying to disable other large guys wearing different colors.

Now, below the benevolent smile of Tibetan Buddhism, the screens presented a giant lotus with a heart at its center. The visual dissonance between the stadium setting and the message was stunning and deeply moving.

The sounds too. Instead of the voices of Seahawks fans roaring a demand for victory, here was a Nobel Peace Prize winner calling for an end to war, an end to competition, for more policy control by women. Women are not, he suggested with a laugh, as prone to troublemaking as men.

As to competition, here's a delicious tidbit: the Tibetan translator got stuck trying to translate "Nice guys finish last" into Tibetan. It can't be done.

Security was intense, given the current uproar over Tibet, China, and the Olympic Games. On the ground, at the gates, in the stands, hundreds of security guards were on the lookout for anyone who might want to harm this gentle man.

But in the sky, a small plane was circling, beyond the reach of security guards. It trailed a banner that said, "Dalai Lama Pls stop supporting riots." As if he ever had or ever would. (He has in fact said that he would resign as head of the Tibetan government in exile if the rioting doesn't stop.)

Maybe it's impossible for some people to believe that the man is not moved to anger himself, despite extreme provocation. I got a clue about that from a quote on the T-shirts for the conference: "Be kind whenever possible." So far so good. Four words that are easy to take, and to follow.

Then the kicker: "It is always possible."

Oh no. Always? I started playing scenes in my life that I was sure had called for reactions other than kindness. But none of them came close to what this man has endured without breaking his own two-sentence admonition.

Even when your country has been invaded and occupied, your people killed by the thousands--it is possible even then to be kind.

But of course it's not "normal." So I'm ditching normal. I'm thinking of tattooing the eight words on the palm of my hand so I can flash them at myself the moment I'm tempted—which is all too often—to do something that's anything but kind.

There's something else that I will now carry with me for the rest of my days. After a forum with Washington business leaders and politicians, the Dalai Lama went from one panelist to another, putting white prayer scarves around their necks. One of them was Ray Heacox, President of KING broadcasting, a man who walks with two canes. The Dalai Lama put the scarf around the seated Heacox's neck, held the man's face in his hands, then went to the floor to get the canes and hand them to him.

It was a magnificent gift to everyone present—a fleeting, unstaged, unselfconscious connection between two men who did not know each other, who did not share a culture, a race, or a religion. It was a snapshot of pure, loving kindness.

Be kind whenever possible. It is always possible.