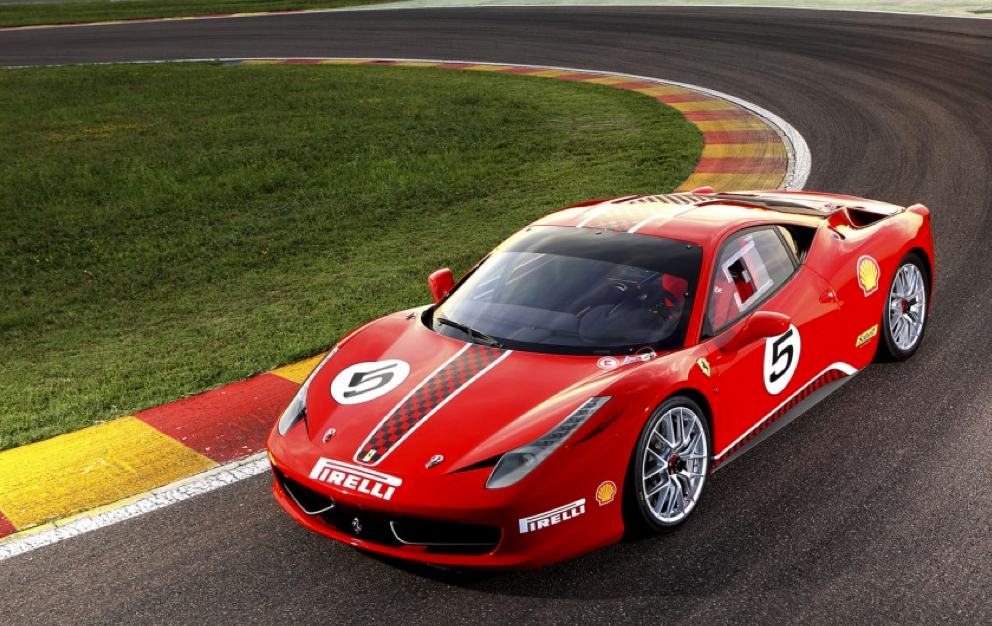 “Permission to engage your hand brake?”

You’re hearing this as you drive far faster than you know it’s wise to go—in circles—on a rubber raceway covered with water—soapy water. And the professional instructor in your passenger seat wants to pull the hand brake.

The car of course tails out, which is the point of the exercise: he wants to see what you do about that.

How did I get into such a preposterous situation?

Well, I wrote this story about a Giraffe Hero who had come up with a clever and compassionate solution to the problem of elderly drivers who are still at the wheel when their faculties have declined past the point of safety. She’s set up services in several cities that provide rides to elders so they aren’t trapped in their homes and can move about to do the things they need to do in the world without endangering the rest of the populace.

One of the people who read the story was a highly trained driver who responded with the thought that many elders could continue to drive safely if they just had some training from people like him. And indeed he found someone like him who was running a training not far from my home.

Officially an elder myself, I live deep in a forest where I do not want to be stuck without wheels—ever—so I had a personal interest as well as a professional one. What was taught in such a training? Could it really keep oldsters at the wheel safely? Could it keep me at the wheel for the next couple of decades? I signed up.

Between then and my flooring it on the raceway, I’d tried to talk any number of friends and relatives into coming along. No sale. I am therefore on my own here, with the other trainees seeming to be 40 tops, and only two of them women. Most of them look like the 20-somethings who go to sports bars on singles night.

Actually, I’m not doing too badly on this soapy water spinning. Hey, I’m an Easterner. Do I know from snow, ice, and most bizarre of all—freezing rain? Back then, back there, I was one of the few people I knew who was even willing to take a car out when every drop of rain froze the second it hit the road. I always did the spinouts by steering into them, which I now discover is by-the-book.

All through the day, I keep trying to stifle the hard-wiring from decades of driving, of real life. There are things we all know about driving; there are cautions programmed into our every move, and sights and sounds that set off our alarm bells. Squealing brakes and burning rubber stop the heart. Someone has to be in terrible terrible trouble. A roster of faces flashes by, people you’ve known who have been killed or hideously injured in a car, by a car.

As I await my turns on the raceway, those sounds from the other students keep triggering that history, and I expect to hear next the sirens of ambulances and fire trucks. You’ve always known that driving at the edge of your ability to control the car means stupidly risking an encounter with a tree, a guard rail or, God forbid, living bodies. But there are no such obstacles here—only traffic cones that wouldn’t break even if you ran over them. On the raceway the alarming sounds mean that you’re on the proper edge for the day, pushing yourself and your car—safely. Here, it means finding out you have more control than you thought and that your car is a more trustworthy machine than you imagined—if you keep the lessons of this day in mind.

As each car moves to the head of the queue for an event, a helmeted instructor dives into the passenger seat—and quickly buckles himself in. “Hi. I’m Jim, Dave, Herb, Jerry.” And we’re off. “Faster. Faster. Faster than that.” I learn to floor it from the get-go.

“Calm, smooth, easy,” are their constant refrains. These are not attempts at humor. I’d settle for breathing, which I keep realizing I haven’t done for 27 minutes. In the queues, I play Brahms. And inhale. Exhale. Until Jim, Dave, Herb, or Jerry jumps in and we’re off again.

Slaloming a car turns out to be lovely, a dance that I’m able to do faster each time I do a lap. But the braking derby is another thing.

It’s on the straightaway, three lanes ahead of you with a light overhead to tell you at the very last instant which lane you’re to go for. Floor the gas, stand on the brakes—zero to 60 to zero–because there’s a hypothetical accident in lane one. No three. No two. Steer wrong and you take out an orange cone—in the real world that would be a car, a pile-up of cars, a kid.

Have you ever engaged your anti-lock brakes? I’d never had the need, wasn’t even sure I had them until I checked with my mechanic. Now I’m flooring the accelerator (the “throttle” in this serious-car world) and slamming on the brakes the instant the light comes on. The car stops. Does it ever stop. The brake pedal shudders, the hood noses down, the brakes make a strange sound. But you stop and in a far shorter distance than you think it will take. Got it. But changing lanes in time escapes me.

It’s beyond priceless to experience instantly moving the car out of danger even with the brakes engaged. But in my two tries at making the lane switch, I don’t react fast enough. All right, I’m a Ford among Beamers (a word that is never said here. They are BMWs, please) but I suspect my age is more a factor than my car. Lesson learned: my reaction time is not that of the 20-somethings.

I do pretty good on the raceway—four laps and I’ve got the gates, the turn apexes, the slaloms, at a fairly high speed—I can hear my tires squeal and my brakes scream. Back in the queue for the next try, I replay the lead instructor’s warning not to engage the hand brake after a run—there’s a possibility of melting all the metal involved. Is this what they mean by a “hot” car?

The kindest of the instructors, the one who assured me that Ford Contours are raced in Europe, thinks I should come back and train to be an instructor. I think it’s the slaloming—I’ve got to be better at the graceful dancing of a car than these hotshot young guys. Grace I’m good at.

It has to be grueling for these trainers, volunteers all, leaping in and out of students’ cars, coaching amateurs into doing things that to the pros are child’s play. These are students they’ve never seen before, with all their quirks, flaws and limitations unknown—and they’re driving.

“I’m here to protect myself,” one of them tells me. “Nothing altruistic about it. You go through this course, you really know how many bad drivers are on the roads. If I can make it one less, it raises my own odds of surviving out there.”

I don’t believe him—it doesn’t compute. I-5 will still be full of drivers operating on five espressos, a hit of Prozac, or whatever dose of speed will get the cargo of the semi delivered on time. (Sleep is for sissies). You and I are good drivers, but everyone else…

At the end of the day we line up for rides with the instructors, in their cars, which are bound to be hot. I’m resolved to pass if I draw a convertible. That’s just asking too much. A bright yellow one pulls up for the young guy ahead of me—and he passes! I look at this little car that’s practically ablaze as it sits there, and courtesy trumps fear—there can’t be two No-ways in a row. I climb in and the kid gets in the sober sedan that follows. It’s got to mean he was scared, right?

The first lap is definitely white-knuckle time. Nailed to the seat by G-forces, I won’t look at the speedometer, but no one needs to tell this driver to go faster. He’s standing on the throttle, down-shifting the turns at speeds twice what I’ve done, but the car does not sway or falter. We’re fine. Second lap, I find I’m laughing out loud. So this is how it’s done. After a lifetime of not understanding car-obsessed people, I think I get it now. I thank my driver. Sincerely.

Packing up the Ford, (the entire car—trunk, interior, even glove compartment has to be empty on the raceway) I watch parachutes free-falling toward the neighboring airfield. I don’t spend a lot of time in such places and activities. I laugh and ask the young woman loading up next to me, “Shall we try that next?”

“My God no. I just spent the last eight hours being terrified every minute. And we’re on the ground.”

I realize I haven’t felt like that. Tense yes. Alert, oh yeah. But not that many moments of fright. And it’s been worth those. I know what my car and I can do. I know tricks of the pros for maximum control and safety. Things like keeping your hands at 9 and 3, lightly—no death-gripping. A steady focus on the road as it stretches ahead, trusting downward peripheral vision to give me what’s close. A completely vertical back to the driver’s seat. Finishing all the braking before going into a turn, using the whole lane for the turn so the curves aren’t so sharp, accelerating steeply as soon as the wheel is straight again. Rear view mirrors showing none of my car’s body, enlarging the field of vision. More checking of those mirrors than has been my long habit. Snug seatbelt. I’ve got the image deeply embedded in my mind of the car having just two handprints’ worth of contact with the road—a good one to remember when rain makes that contact even more fragile, and the insane drivers around you are driving as if the road were dry.

The larger lesson is that great driving is serious stuff. The coolest guys in cars are totally attentive to the road, the machine, the possibility of the unexpected. The casual dude slouched in the seat, driving with one hand, bopping to his tunes, would be defined here as mega-stupid, definitely the opposite of cool. I can see huge value in putting young drivers through this wringer, re-forming their image of what the coolest of drivers do at the wheel. These trainers would be awesome role models.

As for teaching elders, this one is feeling more confident in her capabilities, and the lesson of total attentiveness definitely works at this point of the age spectrum as well at the younger. It doesn’t matter how many decades you’ve been driving—the next moment could throw you God-only-knows-what, so get that seat back up, get those hands at 9 and 3, and do not let your attention stray an instant from the fact that you’re controlling a couple thousand pounds of steel as it rockets down the highway. And make sure your brakes and tires are in top condition.

I pull out of the raceway and onto the public roads. It’s a long way home and I’ve anticipated not wanting to add that drive to this day—I’ve got a nearby hotel room. An approaching sports car crosses the double yellow line and comes right at me. I stand on my brakes and swerve out of harm’s way.

I also blast the horn. So not all my bad habits are gone—but he had it coming. He should go to a good driving school.