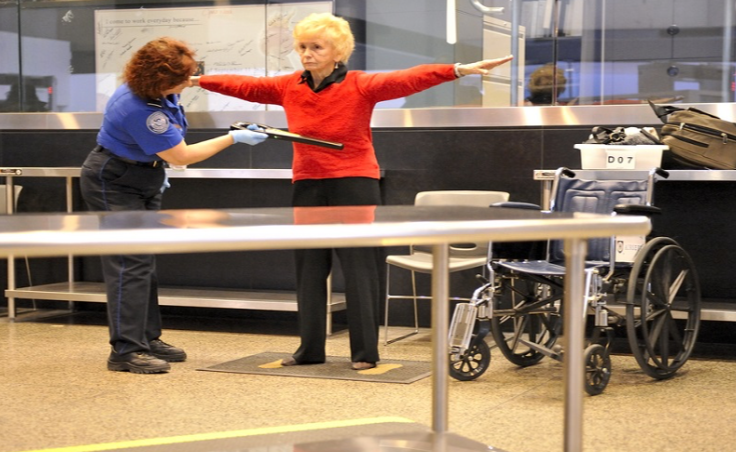 Home of the Brave?

It’s interesting to be in the work of fostering citizen courage in this time when a growing national theme seems to be, Be afraid. Be very afraid.

“Interesting" is of course sarcasm. What I’m really feeling is anger.

Are you listening to our “leaders"? To people seeking higher office? To political pundits? To newscasters? A fat percentage of what too many of them say is fear-mongering.

If you’re watching/listening/reading—and you’re gullible—there’s a terrorist in your personal future. He’s busy at the moment planting IEDs in the Green Zone, but he’ll be here, out to get your mama, if we don’t keep him busy in Iraq. Hordes of his fellow fanatics are trying to sneak onto your airplane flight. And there’s a sleeper cell around the corner from you, hatching plots and bombs. This time they’re going to take out your house.

Go to any airport in this country and you’ll see how well our government is dealing with the terrible danger you’re in. TSA staffers are wanding 90-year-old ladies in wheelchairs, and burrowing through their suitcases. Toddlers are on the no-fly list. Lipsticks are confiscated. And it’s all done with the highest seriousness.

It’s a show of protection and it stirs the fear pot, giving us over and over an image of being in grave personal peril, needing Big Brother to make sure we’re safe.

Here are stats on some things that actually killed American civilians in recent years. You could call it a National Terror Alert Reality Check, and add colors at will for each level of risk:

I’m seeing pale blue or pink as the appropriate color for the risk level of dying from terrorism.

I want to tell the fear-mongers that we’re more than 16 times more likely to die walking down the street than at the hands of a terrorist. But I suspect they know that.

Instilling fear in the populace is a fine tool for control. The unspoken subtext is, “Let us do whatever we want to the Constitution, let us start wars wherever it suits us, let us have your kids to send into the meat grinder—because we’re protecting you from Big Bad Wolves."

Actually, real protections are about as common as real assistance to post-Katrina New Orleans. American undercover teams carrying weapons have tested security at airport after airport, including one used by the actual highjackers—the teams have never been detected, much less stopped. Similar teams have gotten into nuclear power plants. Emergency services still can’t cross-communicate on their networks, as the 9/11 Commission insisted they must. And every hour containers pile up in our ports, unexamined, containing who knows what.

Instead of working seriously on these things that could really help, we get the wanding of grammaw.

Hey. This is the Home of the Brave. Good leaders would be reminding us of that, not treating us like frightened children. Instead, too many of our so-called leaders—and I mean that across party lines—are aligning with the goal of the terrorists—to scare Americans spitless.

QED: fear-mongering is aiding and abetting the enemy.

Here’s one citizen who won’t play. I’m not scared and you shouldn’t be either. We can stick our necks out and our chins up. We’re tough, strong people, and we’re not afraid.

But angry? Oh yeah. Be angry. Be very angry.