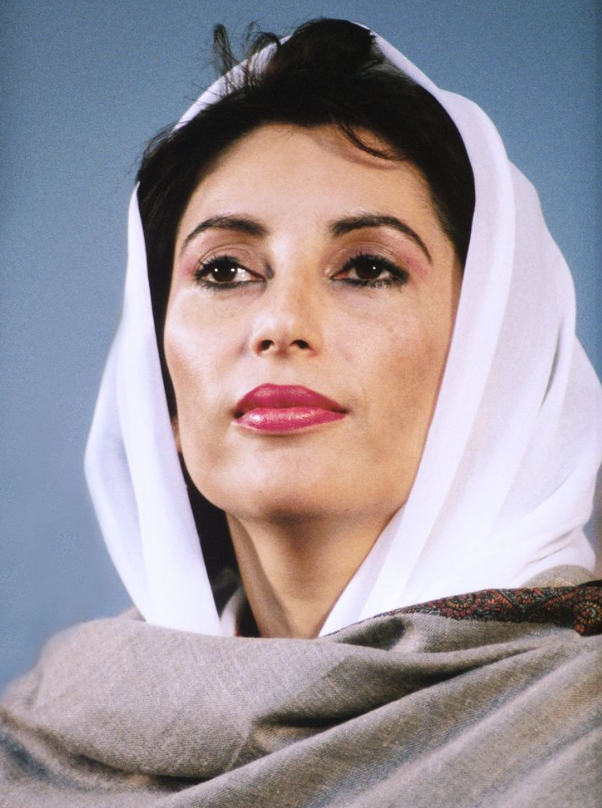 On the Assassination of Pinky Bhutto

I was calling out to my husband after turning on the radio to news that Bhutto had been assassinated. No, we’re not among the seeming hundreds who are now writing about their personal relationships with her. We encountered her just once, in 1989. She was giving a commencement address and receiving an honorary LLD. Harvard was welcoming her home, with fond memories of the days when she’d been known to all there as Pinky.

I don’t even remember the speech. What I do remember is seeing her moving along a path in the Yard. Alone, small, beautiful, smiling, “Pinky" seemed enchanted to be back at this place where she’d come at 16, putting away the salwar kameez for sweatshirts and jeans. Now she’d been killed.

Public figures die all the time. Political leaders are assassinated. I had to understand why this feels so different to me.

I see that tiny, vulnerable woman, walking along a path in the Yard. A woman. That picture is quickly joined by one of a soldier crawling under live machine-gun fire as part of her basic training. Her basic training. She looked so small in the combat fatigues. Another image roars in, the Newsweek cover of a wounded Iraq-war veteran, a woman—with her legs blown off.

I’m embarrassed by the emotions all this evokes in me. Seeing any young person, male or female, in harm’s way triggers maternal alarm bells—gotta help, gotta protect. Girls or boys. I’ve raised sons. It is agony to see them in danger or pain.

But. Girls. Women. My emotional wiring may never adjust. No matter that it’s been decades. Over 20 years ago Indira Gandhi was gunned down. (Her son took her place, and shared her fate.) Women have been in combat now for years. And I’m still not armored against these realities.

As an early and heartfelt feminist, I knew this was coming, knew—still know—it is right and fair. If the women of the world are to have equal opportunities, we must also have equal responsibilities. Including that of serving in combat. Including becoming targets for assassins, if we take on great power. Why should men be the only ones to face such dangers? Unlock the doors and we’ll accept the consequences. It was a deal.

Thirty years on, young women soldiers lose limbs to IEDs and female aspirants to power—no matter how small and fragile—are shot. I understand. It’s just this mom thing that roars up in me and yells No! as I dive to snatch them all out of harm’s way. The girls. The boys. All of them, when their wild and precious lives are at risk.

May the deaths and maimings of our American daughters shock us into remembering how precious all our children’s lives are, never to be spent recklessly or venally. Our children are not cannon fodder. Not a single one of them, male or female. ###

Postscript: Pinky’s son has stepped into her shoes. Her boy. All of 19. Like so many a soldier—vulnerable, scared, brave. Oh damn. Somebody please be sure that kid has a first-rate security team.