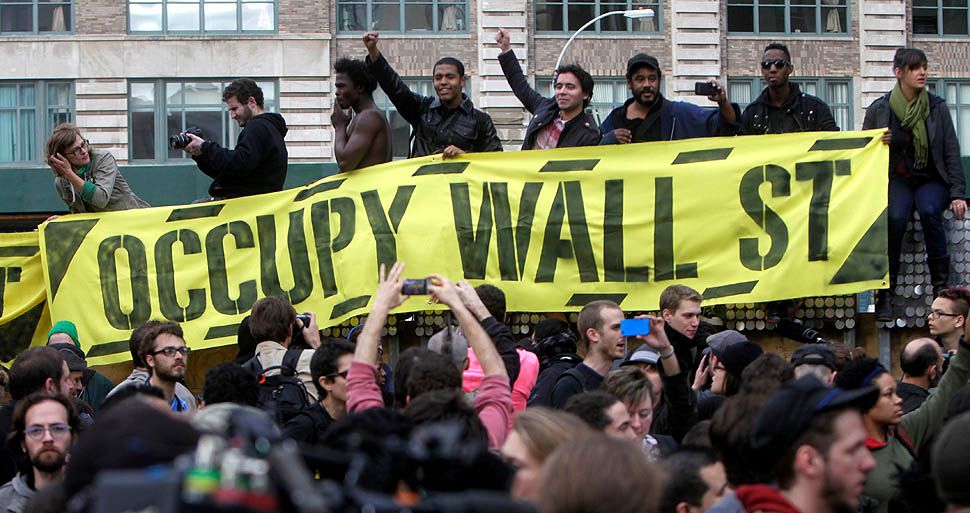 As the world got the news about the dismantling of Occupy Wall Street, I found my B.S. detector registering off the dial.

In mid-October, at the height of Occupy, I went to Zuccotti Park to carry out a plan hatched after watching a Jon Stewart show that focused some Occupy coverage on potty jokes. New York City hasn't allowed portapotties at Zuccotti so the nearby food shops were being besieged by Occupiers with no money, wanting to use the bathrooms.

No portapotties of course leads to sanitation concerns and any assemblage of people generates trash. But the Occupiers responded to the mayor's first plan to evacuate the park so it could be cleaned by forming a Cleanup Team that was busily pushing brooms and filling trash cans when we got there.

Knowing all that, I read as b.s. the mayor's statement that the park had to be cleaned. The OWS Cleanup Team was dealing with the trash and the "sanitation problems" would be solved by the mayor allowing portapotties in the park.

There was also a way to make the Occupiers paying customers—welcomed to use the bathrooms—at the panini shop featured in that Jon Stewart segment. I sat down with Stacy, the manager, and asked her how much an Occupier would have to spend to become a welcome customer, getting warm, eating hot food and using the bathrooms. When she said ten bucks and guaranteed that the bathrooms would indeed be open, we used funds from a lot of friends and family to buy a stack of ten-dollar vouchers. Stacy was delighted. So was the guy on that Cleanup Team that I entrusted with distributing the vouchers.

When I got home, I set up a long-distance system that even more people used to get those vouchers to Occupiers.

Stacy passed the b.s. detector—Panini was barricaded by the police, cutting the normal traffic into the shop. But other businesses in the area set the detector alarm off—loudly.

We walked the blocks around Zuccotti and saw no evidence that other businesses were being affected by the encampment. When we turned any corner away from the park, everything was eerily normal. Wall Street's Masters of the Universe were lunching in splendor at packed restaurants, long lines of tourists were at the World Trade Center site, souvenir shops were jammed, huge construction teams were busily building new skyscrapers.

Things were so normal in the area it was clear to me that if it weren't for media coverage, most people working on Wall Street wouldn't even know there was an Occupy encampment.

So when you heard the mayor talking about the terrible sanitation problems and the devastating effects on businesses in the area, know that the b.s. detector was going wild.

The mayor also needed to order NYPD not to injure Occupiers. There's just no excuse for that. It gives my beloved NY hometown a black eye and it harms not only the Occupiers but also those police officers—the ones I talked to at Zuccotti and in Times Square when OWS moved up there one night—were real people, young, not hiding behind riot masks, union members themselves, part of the 99%. Yes, there are people who enjoy violence, but there are a lot of police officers who really don't want to hurt protestors. I contacted the mayor's office and urged him to direct the police to be non-violent. As we New Yorkers say, It couldn't hurt.