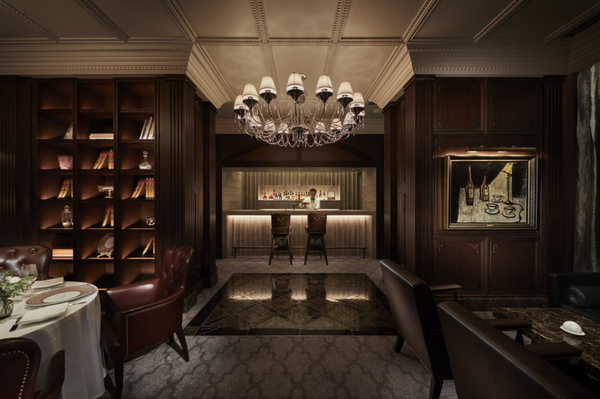 THE UPSIDE OF GIN

Back when I was freelancing to make the rent, one of my gigs was doing press for a residential psychiatric clinic. Hard to do because you couldn’t talk about any of the interesting people who were there, drying out.

The hospital’s financial stability was based on 28-day residencies for alcoholics. That was the amount of time covered by insurance—not some guaranteed period it may actually take for an alcoholic to get past “dry drunk” to long-term clean and sober.

My favorite of the almost 30 psychiatrists on staff was an Irish Jew with a brogue thicker than oatmeal. One day, we were talking about an upcoming anti-alcohol event that might be newsworthy, when he paused. After a moment of pondering, he said “You’ll not tell anyone I said this but... if you look at it all, over time, I do believe alcohol has done humanity more good than harm.”

I think of him when an evening martini brings my shoulders down from my ears, and dinner becomes not only possible but interesting.

There are loud echoes of the past in that stemmed glass. There’s being in the Union Club at the top of a skyscraper in Tokyo, alone, after a week of stunning stress. It was 1957. My best bud from college had been killed in a plane crash and the Air Force had contacted me, his designated next of kin, to tell his pregnant wife he was dead and take care of her as the birth approached.

No moment to mourn him... just rush to their house, convey the awful news, stand between her and astonishing interactions with the world, like the airman on a motorcycle arriving at the door and dropping the dead man’s glasses, wallet and wedding ring in my hand. Breathing was hard. Eating impossible.

But in that club, high above Tokyo, the widow in the care of concerned friends for the evening, there was an ice cold martini, two olives, a view out over the glittering city and the gradual realization — I’m alive. I’m here. I’m hungry.

Yes, my learned Irish friend, you did have a point.