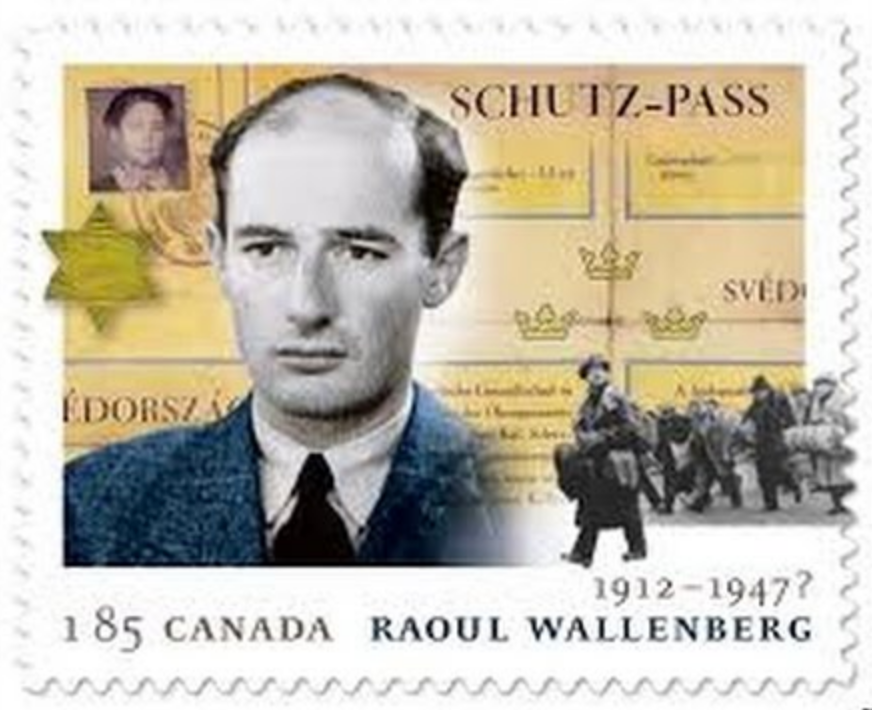 In the decades that I’ve been writing the stories of heroes, I’ve often felt dumbstruck with admiration. Never more so than in reading about Raoul Wallenberg.

His story is the stuff of legends, a tale so powerful it has moved hundreds of people to join in a demand to know how the story ends. Did Wallenberg die in 1947, as the Soviet government claimed? Was he alive as recently as 1987, as prisoners in Soviet prisons and mental hospitals have attested? If he’s dead, how did he die?

Raoul Wallenberg was a young Swedish diplomat sent into Budapest by the US War Refugee Board in the summer of 1944 to rescue Jews from the SS. It was late in the war, millions of Jews had already been killed, and the ghastly extermination operation seemed unstoppable. Many a would-be savior of Jews had gone to the gas chambers with them.

Wallenberg was a new player in the deadly game and he didn’t play by the Nazis’ rules; he had his own and they were light years away from anything an SS thug could understand. How could they cope with an adversary whose personal role models were Charlie Chaplin and the Marx Brothers? Wallenberg mixed absurdity with audacity, giving him a bizarre power to bluff and bribe and out-maneuver the Nazis.

Wallenberg knew that his adversaries had an inordinate respect for authority and official documentation—and zero sense of humor. Early on, he got their permission to issue Swedish protective passports to 1,500 people. While he was going straight-faced through formal channels for permission to issue a thousand more, he was actually printing them as fast as his presses would go. These wholly bogus documents were loaded down with “official” seals and crests. They worked. So Wallenberg printed up more. And more.

Within weeks, 400 Jews were staffing Wallenberg’s operation, none of them wearing the required Star of David. Wallenberg set up safe houses all over the city festooned with Swedish flags and guarded by young, blond Jewish men in Nazi uniforms. Budapest was becoming a city of Swedes, many of them wearing the hats, beards and earlocks of the Orthodox.

Survivors of those terrifying times tell stories of Wallenberg that make the hair stand up on the listener’s neck. About Wallenberg bursting into a courtyard where Jewish families were huddled in one corner, Nazi machine gunners taking aim at them from the other. Radiating authority, Wallenberg planted himself in front of the families and ordered the gunners to stand down immediately. And they did. About Wallenberg racing to a death train loaded with Jews, climbing the side of a boxcar and running along the roofs, opening the air vents and dropping in his bogus documents. He then ordered the troops in charge to release all his Swedes. And they did. Heroism a la Groucho and Charlie.

Wallenberg is credited with saving more than 100,000 men, women, and children. But he did not save himself. When Soviet troops were approaching the city, Wallenberg left his offices for a rendezvous with their commanding officer, and disappeared.

His family has been working since 1945 to find him. After claiming for many years that the Nazis had killed him, the Soviet government said in 1957 that he had died of a heart attack in Moscow’s Lubianka Prison ten years earlier. But there are reports that he was alive as recently as 1987—Andrei Sakharov was still trying to find him right up until his own death.

The Raoul Wallenberg Committee of the United States was helping in the search. They urged our government to press the Kremlin for information. They nominated Wallenberg for the Nobel Peace Prize. They enlisted support from international leaders. And they produced a computer-updated photo of Wallenberg so that the world can see how he would look as an old man. They got the aged photo widely shown in the former Soviet Union. Someone somewhere in that vast land knows the ending of this hero’s story. Unless it really wasn’t over. For many people, finding this man alive would have been as great a moment in history as the end of the Cold War.

There’s a button on my jacket now that says “Raoul Wallenberg Lives.” Alive or not, it’s true.