The Sun, The Moon & An Elevator 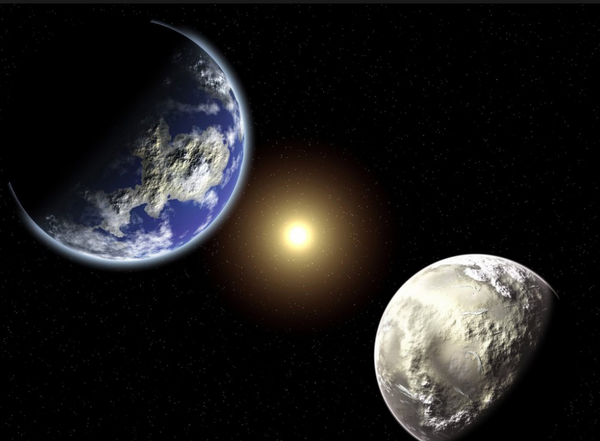 Back when hot flashes were a thing with me and my peers...

I get into this elevator in Seattle and one well-dressed but perspiring woman points to the younger well-dressed woman with her and says to me, “Tell her! Tell her how bad hot flashes are.”

I mean I talk about such stuff with friends, and I realize that menopause is out of the closet what with Gail Sheehy and Germaine Greer writing menopause bestsellers, but strangers on elevators?

But hey, I’m cool. I can handle it. I push Lobby and say, “Actually, I can’t tell you they’re bad. The one thing you can be sure of about menopause is that it won’t be the same for you as for anyone else you know. I’ve got friends whose hot flashes are so strong their faces turn bright red and they have to carry dry clothes with them everywhere they go. I get something more like a warm wave than a hot flash, so it’s no big deal.

Most of my menopausal friends feel they’ve gotta have their estrogen patches. For me, the symptoms are light and the contraindications are heavy, so I’m not messing with Mother Nature.”

But there’s so much more to say. Like yeah, I think about wrinkles and thinning bones and heart attacks and I get rattled, but mostly I notice that my life has taken off—straight up. Mostly I am amazed and delighted.

I look back and see years of getting tossed up and dragged down by hormones, of being wiped out by chronic anemia, of trying to have a life with a body that was never strong and barely worked at all a third of the time. I ran on nothing but will power and thought it was normal.

But if you figure most of us are about 12 when the hormones hit us, 52 when they let up, and almost 80 when we die, that makes our years half hormonal and half freeee. Half and half—these free years are just as normal as the hormonal ones.

I think of it as solar and lunar. As young women we’re lunar, you know, pulled like the tides by the moon. Our bodies’ months are 28 days long; our year is 13 lunar months. The calendar on the wall and the one in our ovaries don’t match. Obstetricians tell us our babies are not born in 9 calendar months, they come in 10 lunar months. The moon rules.

Girls aren’t yet caught up by the moon. Researchers like Carol Gilligan of Harvard have documented the sunny confidence, resourcefulness and courage of young girls. At 12 their attitudes and actions change dramatically. The researchers think our culture changes them. That’s certainly part of it—but I say the moon gets em.

When the moon cuts you loose, you’re back in the sunlight, control of your bod returned to you. You have the freedom of a girl and the knowledge of a woman. That is not a bad deal, even when it comes with wrinkles.

Me, I’m dancing in the sun. Lettin er rip. Not trying to hold onto the moonlight. Estrogen replacement gives us the option of doing that—of going back, avoiding the sun. I’m choosing to move on, to welcome and use this blessed new freedom.

That’s what I would have said—if that elevator had been in a taller building.