"WE" WOMEN AND THE WOUNDED MALE VOTER 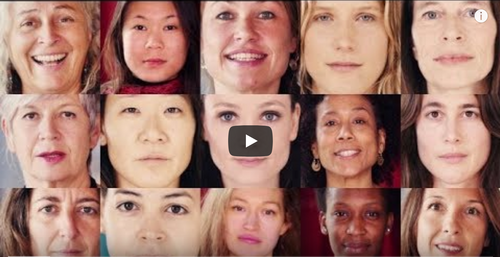 A few days ago a beloved and respected friend sent me a video in which a wonderful panoply of women apologized to the men of the world for the harm “we” women have done to them. Here it is: https://www.youtube.com/watch?v=vwKLTVCJn6Q

Now I don’t know how you feel about what you heard there, but I reacted negatively, as in being pissed off. Took me a while to unpack my reaction and it came down to the old joke about Tonto’s reply to the Lone Ranger who said, “We’re in trouble” when they were surrounded by Indian warriors. You know Tonto’s line: “What do you mean ‘we,’ white man?”

In my almost nine decades of living I never vamped a man I had no intention of sleeping with, one of the many transgressions the video ascribed to “we women.” Nor did I teach my sons it was unmanly to cry, another harm cited as done by we women. I didn’t blame the men around me if hormones dropped me into a funk. More like I retreated until I came out of it. The recitation of harms inflicted goes on and on.

And I say include me out of this blanket mea culpa. I will, however apologize on behalf of roaring bitches I have known.

I’m thinking of the gorgeous actress I worked with on a project who thought it was OK to flirt outrageously with a recently widowed senator. I saw her tossing her hair, wetting her lips, and rubbing up against him and I wanted to wring her neck. Still do. (But I can’t. She’s dead.)

There’s my own long-ago friend who decided that it was OK to disappear with my husband when I was in a delivery room having a baby. Now that’s some spectacular bitchery. So spectacular it’s part of a novel I wrote. (She’s dead too. That’s how it is when you’re as old as I am.)

So it’s not that I don’t know women can be awful. Right now I’m deeply concerned that too many men, men who vote, have experienced the kind of hurts that the video is apologizing for.

It’s coming out in reactions a lot of them are having about the possibility of voting for a woman to be US president.

They see/hear women candidates and they’re back in their childhood homes where a mom is withholding approval or affection, some of them so overcome by the job of keeping their kids fed, clothed, and housed that they had no bandwidth beyond Do this Don’t do that Do your homework Brush your teeth Go to sleep.

The men might be unconsciously propelled back to a classroom where a woman’s voice is telling them to sit still and be quiet when every bit of their boyness wants to move and make noise. Our education system is at fault here by not teaching kids as they are instead of expecting them to morph into silent memorizing regurgitators. And by paying so little that the profession attracts mostly women willing to work for insultingly low salaries.

The woman candidate can evoke in men all the girls who looked so good, smelled so good, but rejected their response to those “signals.” Well, that’s Darwinian, mate. Many are called but few are chosen, that’s how the animal kingdom rolls. Taken to the extreme, this male wound can fester into Natural Selection’s ultimate losers – the InCel nutcases – who kill women because none of them has chosen these men for sex.

So many men have had controlling moms or mean teachers, have reached for unreachable girls and felt humiliated, have been judged and found wanting by wives or girlfriends. And all those unacknowledged ghosts can haunt their political decisions in the here and now.

Think of that when you hear men discussing "electability," their tone being that they’re just exercising common sense on how we get rid of Trump. Underneath that “reasonableness” can be a great visceral No to their country being run by one of those creatures who have hurt them. Some men. I’m not generalizing, as the makers of the women-apologizing video did.

But I don’t want those wounded male voters to dictate who we choose to lead this nation now, this far into the 21st century. The best way forward is to put a woman in charge, as so many nations have already done, and let that be the reality of who women are and what they can do, not a bunch of memories that make us all “unelectable.”

In the meantime, just don’t tell me to apologize for what “we” women have done to men.